WE CAN HELP SQUASH SHADOW APPS

Are your employees getting work done with apps and services not approved by IT? Often the temptation is to block or ignore these so-called “shadow apps.” Maybe the answer comes from re-imagining how your internal applications function, covering users’ needs without making them look for outside tools.

What is a Shadow App?

“A shadow app is a software program that is not supported by an employee’s information technology department.”

Shadow apps, or shadow IT, used to be installed by employees looking for quick access to software while bypassing standard IT practices within their organization.

However, due to the popularity of SaaS and cloud software, now “shadow apps” are often simply unauthorized usage of third-party software and web applications. Popular online software used as workarounds by employees can include Skype, Dropbox, Google Drive, and more.

Though these third-party shadow apps are popular, useful, and offer great opportunities for sharing and collaboration, usage by employees opens up an organization to risks. Aside from using up broadband and system space, shadow apps can also lead to insecure connections, company data shared outside the organization without knowledge or consent of the IT department, and even unauthorized access.

What Should Companies Do to Avoid Shadow Apps?

IT departments can play whack-a-mole with these shadow apps. They can perform monthly or even weekly audits on data packet usage, restrict users’ permissions so that they can’t download software locally, and even block access to the software’s websites.

Companies can attempt all of this and still not be effective. Recent survey results showed that an IT department thought they had a 66.7% blocking rate for Pastebin, an anonymous content sharing site. In fact, their blocking rate was only 7.1 percent.

Instead of constantly auditing, blocking, and chasing shadow apps, the best approach a company can take to avoid shadow app usage within their organization is to prevent their necessity in the first place.

Company leaders should ask themselves: Why are employees seeking backdoor solutions to their problems? What are employees missing that causes them to turn to third-party apps? What problems exist within the IT department or company software that makes it difficult for employees to do their work?

The problems and employee frustrations may just lie with your legacy applications.

The best solution to shadow apps is to transform your internal application to be better than both itself and its competing apps. [Tweet this!]

Know how your systems are being used

Keep a detailed record of your applications and usage

Don’t put your data into the wrong hands

Allow users to do more with your internal apps

Transform Your Legacy Applications to Solve These Issues

Legacy applications can prevent end users from being able to perform simple tasks like sharing and exporting data, cloud-hosting and access from multiple locations, or integrating with other applications or functions that are important to their jobs.

First, examine what’s hindering your employees. Take surveys by department to determine what they’re missing. Ask them how they use internal software, what workflows or processes they need from the system, or what applications they would like to use and why.

You can even perform an automated user analysis to see first-hand how your applications are being used. A user analysis will follow the employee workflows, taking record of how they interact with each screen. This data can then be used to see a macro view of the missing functions, inefficiencies, and pain points.

Once you have this information, now you can begin the process of legacy application modernization for systems that affect each department. Using survey data and user analysis, create a road map to re-engineer your application and incorporate the important missing pieces.

Solutions are available to help your organization expand the reach of your legacy application. Whether it’s improving the user interface, enabling cloud services, or creating a whole new web application from the existing data and forms, you don’t have to sit back while your employees seek alternative routes to getting work done.

What is a shadow app? — TECHTARGET

Meet our team to see how we can transform the systems that matter most to your business.

The fixed price migration includes a total or partial conversion from Oracle Reports to Jasper Reports.

Get a complete or partial migration of your Oracle Reports to Jasper Reports worry-free and reliable at a fixed price. 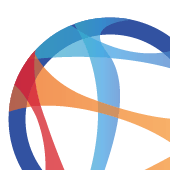 In an assessment and subsequent proof of concept, we migrate the first sample reports of your application

Get first reports of your application with full functionality from real migration from Oracle Reports to Jasper Reports.

In a joint session, you will get an initial overview and assessment for your Oracle Reports to Jasper Reports migration project.

Get an overview in the free QuickCheck

Process Analysis & Assessment provides you with a detailed insight into your application based on the current real processes and enables you to align them more efficiently.

Get documented evaluations of your real application processes and recommendations for improvement.

In an assessment and subsequent proof of concept, together we migrate an initial cluster of your application from Forms to APEX.

Content: Duration: approx. 4 weeks Costs: from USD 24,500 (depending on size and number of clusters)

Get a real migration from Forms to APEX for a cluster of your application with full functionality.

In a joint workshop, we will show you the migration to APEX based on your Oracle Forms application as an example.

Experience the migration from Forms to APEX with your application in the APEX Live Experience Workshop.

In a joint session, you will get an initial overview and assessment for your Forms to APEX migration project.

Get an overview in the free QuickCheck