Earlier we reported that the NPAPI plugin embedded in web browsers to run Oracle Forms applications are not only out of support but also have been removed from web browsers such as Chrome and Firefox. More information on this may be found in our article here. Starting in Oracle Forms 12c, Oracle has certified two other ways to launch Oracle Forms besides using the NPAPI plugin: Java Web Start (JWS) and Forms Standalone Launcher (FSAL). FSAL is a browser-less solution which allows you to run your Oracle Forms applications without needing to use a web browser. Users may be able to access the application by either running a command from Command Prompt or by running a CMD script on the desktop similar to the days when Oracle Forms was a client/server application back in the Forms 6i days. Before you can get started with using FSAL, the following prerequisites need to be met before you can run Oracle Forms using Forms Standalone Launcher:

Once all prerequisites have been met, you may proceed with setting up your Forms and Reports environment to use FSAL:

3. Add the following parameters to the end of your application configuration section: 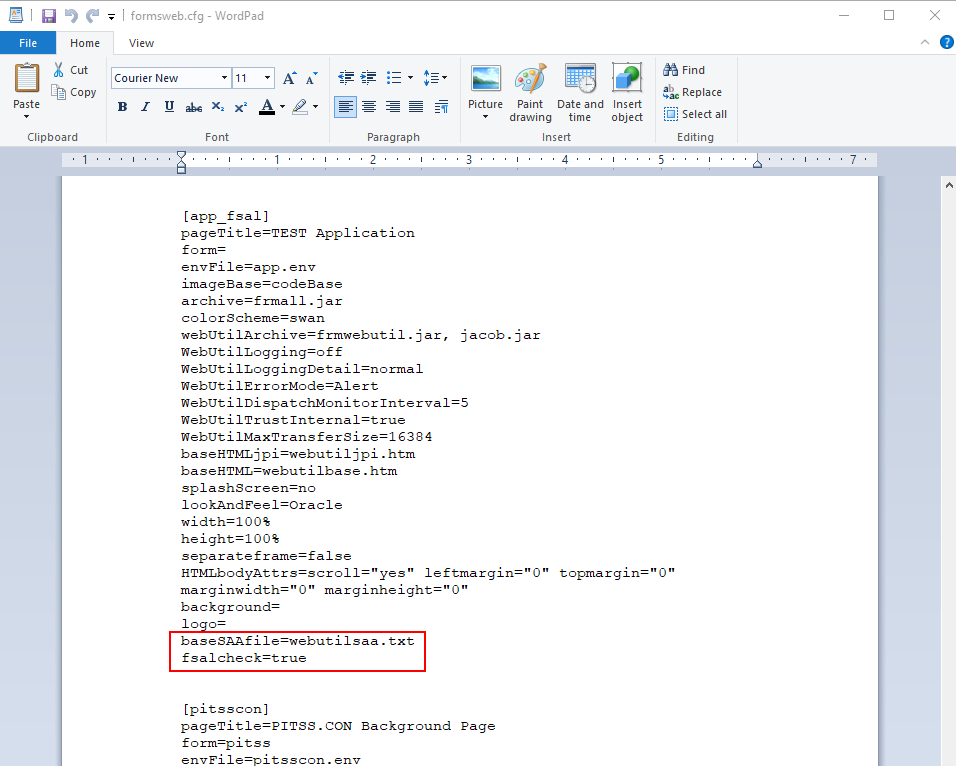 4. Save and close the file

5. If you have not already done so, locate your frmsal.jar file in $ORACLE_HOME/forms/java and provide this to all end users whom will run the Forms application(s). 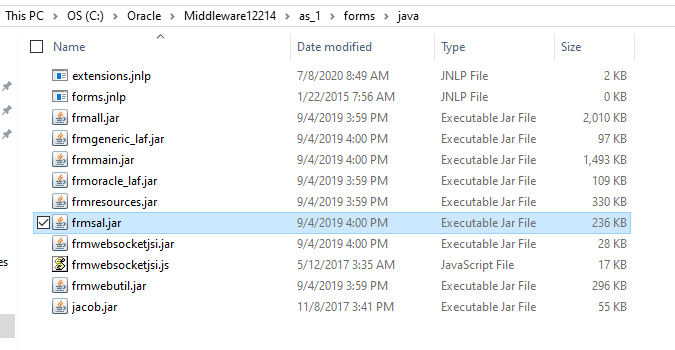 Now that your Oracle Forms environment has been configured, your end users may now run your Forms application(s) using Forms Standalone Launcher:

1. Make sure all end users have either a JDK or JRE in their PATH environment variable.

2. Open up Command Prompt or cmd.exe.

3. Run the following command to call the app (in this example we will have our application section called “app_fsal”):

Alternatively, you may also configure a batch or CMD script to be set up on end users’ PCs to easily run the java command above. All you will need to do is create the script to run the same java command in item #3 above and place the script on the users’ desktops.

After launching the java command either from Command Prompt or from a CMD script, your Oracle Forms login screen will now appear. You may now log into your application normally. This will allow you to run the app independently from the web browser. If your Oracle Forms application needs to run a report with Oracle Reports, Oracle BI Publisher, JasperReports, etc, a web browser will be launched to run the report using your default web browser.